We are proud of our team. The wealth of knowledge and experience they bring is used to best represent our clients in today’s market.

Mark is a Fellow of the Institute of Chartered Accountants and was a senior partner in practice for 20 years before leaving to deal with the public listing of a professional football club where he became Finance Director and Deputy CEO.  In recent years he has had a portfolio of interests in public and private companies and currently (in addition to chairing Arden) chairs two private companies and carries out other one-off consultancies from time to time.

Mark brings extensive experience of management, fund raising, mergers and acquisitions and public listing together with a technical background in finance and controls.

Prior to joining Arden Theo worked at Liontrust within the Global Equity Team as a Senior Analyst focussing on technology. There he worked on the Global Technology Fund as well as advising on the sector across 19 equity funds. He has also worked in an electric aviation venture capital fund and in a technology consultancy which served SMEs and multinationals.

Donald is a senior investment banking executive with over 25 years’ experience of working in the small cap and mid cap broking sector.  Most recently he was a Managing Director at the Royal Bank of Canada and previously held senior positions at Collins Stewart and Evolution Securities.  He has specialist knowledge of fundraisings at primary and secondary levels and many years’ experience of advising CEOs and boards across a wide range of industries, on corporate strategies within public and private markets. 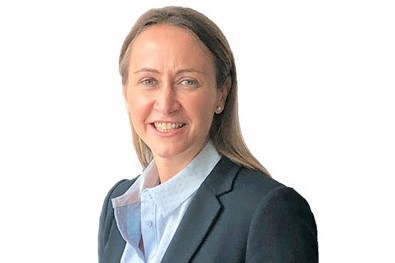 Samantha has worked in the investment industry for 22 years. Starting in an operations role at James Capel and then qualifying as an Investment Advisor at Charles Stanley, Samantha progressed to the role London Branch Manager at Hargreave Hale, managing an office of Fund Managers, Investment Managers and dealers.

Samantha joined Arden in 2018 and is a Chartered Member (FCSI) of the Chartered Institute for Securities and Investments, having achieved the full Private Client Investment Advice & Management diploma.

Ben joined Arden in 2015 following 6 years at KPMG during which time he worked in the Capital Markets Group advising on the UK listing process for AIM and the Main Market. Ben’s experience also includes conducting detailed due diligence on both public and private transactions.

Alistair has been a fund manager specialising in UK Smaller Companies for almost 30 years. He is a graduate of Business Studies and Accounting from the University of Edinburgh and subsequently qualified as a Chartered Accountant with KPMG in 1985. He was formerly a Director of Edinburgh Fund Managers plc and was the Head of UK Smaller Companies for that group. He joined Castlefield Investment Partners in 2007, becoming a partner in September 2009, and has been the lead manager of the Castlefield UK Smaller Companies Fund since April 2007. He also manages a number of funds investing in companies quoted on the Alternative Investment Market (AIM) for the purpose of inheritance tax planning. Alistair is also a Director of Capital for Colleagues plc, an investment company focused on the Employee Owned Business sector. Tim began his career in 1987 at Aetna Investment Management as an investment analyst, initially specialising in natural resources, before moving onto financial and property stocks. In 1990 he became an assistant fund manager on the UK Smaller Companies desk. In 1993 Tim joined the smaller companies team at Natwest Investment Management which, a few years later, merged with Gartmore to form one of the largest fund management companies in London. Tim spent a decade working with one of the most successful smaller companies teams in London before joining Peel Hunt as an equity salesman. He also spent time working in equity sales for Credit Suisse and Royal Bank of Canada before joining Arden in May 2017 as Head of Equity Sales & Research. Tim is a member of the Securities Institute and the Quoted Companies Alliance.

Alex has over 20 years of City experience in TMT and Internet. He has been a sellside sector analyst at the likes of Panmure Gordon, Peel Hunt, Cenkos, ING and Credit Agricole. He has also been a consultant and hands-on advisor to a number of startups, as well as various boutique City firms. He was educated at Durham University and the LSE.

Steve has spent 20 years in the City primarily as an adviser to small and mid cap companies.  He is a Fellow of the Institute of Chartered Accountants and a Chartered Member of the Securities Institute.

Steve joined Arden in 2004 and was Head of Corporate Finance for 5 years ending in Autumn 2018.  He began his career with Deloitte & Touche.  He has also worked at Arbuthnot Securities (in the Corporate Finance team), Britannic PLC and Tarmac plc in corporate development.

Dan joined Arden Partners in September 2017 having started his career at KPMG in Deal Advisory and Audit roles. Dan is a chartered accountant and has experience working on M&A, advisory and due diligence engagements with both public and private companies.

Marcus joined Arden at its inception in 2002 and has a wealth of knowledge and experience of Back Office operations and settlement processes. Prior to Arden, Marcus was with Albert E Sharp. Norman has over 30 years of experience working in the City, 20 years of which has been specialising in compliance. He joined Arden in 2011 and is an FCCA and Chartered Fellow of the CISI.  He was previously Director of Compliance at Piper Jaffray. 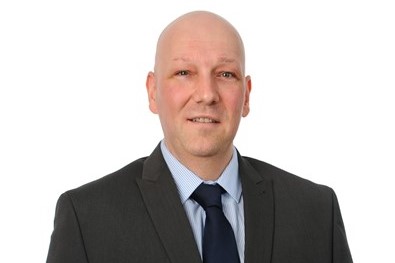 Paul, an FCCA, qualified as an accountant in 2004 and has worked in various Financial Services roles throughout the world including Bermuda, Jersey and Sweden. Joining Arden in 2011, Paul is the Finance Director. 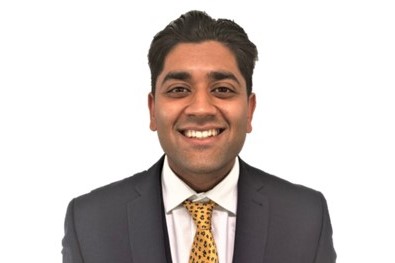 Manjot completed his studies at King’s College London, with a focus on behavioural economics, and has a passion for renewable energy. He has experience working for KCL Entrepreneurship Institute with a  focus on helping aid several tech ventures, and as an Analyst for NatWest Markets. Richard is an experienced corporate financier specialising in small & midcap growth companies on the UK public markets, with a focus on AIM.  He joined Arden in 2019, having previously worked for over 20 years at Shore Capital, Stockdale Securities and its predecessors. 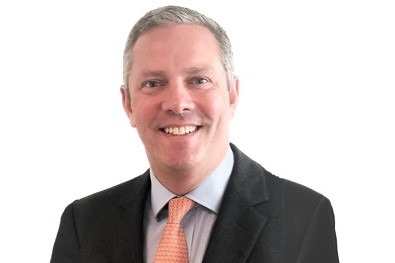 Simon has been advising smaller companies for over 20 years, starting at Ernst & Young in mergers and acquisitions before acting as a nominated adviser to AIM companies and then in 2004 he made a move to equity sales joining the sales desk at Charles Stanley. Simon worked in equity sales at the Royal Bank of Canada for five years where he first worked with other senior members of Arden. Simon joined Arden in 2018 from finnCap where he had led the Corporate Broking team for 7 years. Prior to joining Arden in January 2019, Aimee has four years experience supporting private client fund managers at Ruffer LLP and a BA Honours degree in English Literature and Language.

John joined Arden from BESI/Execution Noble in 2015, bringing over 25 years of corporate finance experience including senior roles at Hill Samuel and Close Brothers.

Having run and built people businesses for many years, since 2008 John has focused on advising professional service businesses with a particular emphasis on fundraising and M&A. At Arden he leads the development of our sector specialisation in this area. Ruari joined Arden Partners in March 2017.  He qualified as a chartered accountant and has worked in small and mid-cap advisory and broking for more than 20 years.  Ruari has also worked in early stage technology companies and in Switzerland and Singapore. 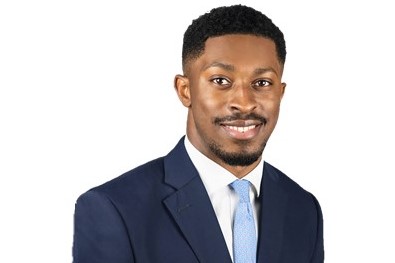 Philip joined Arden in 2020 as a Graduate Analyst in the Equity Research Team. Prior to joining Arden, he spent 2 years working as a Business Analyst at Northern Trust before obtaining his MSc in Finance & Management from the University of St Andrews in 2019. After reading Jurisprudence at Oxford, John joined the Private Client department of Montagu Loebl Stanley before moving to the Institutional desk of L Messel which ultimately was bought by Lehman Brothers. He then went on to work for Morgan Stanley, Collins Stewart, Seymour Pierce and Daniel Stewart before joining Arden Partners in June 2017 as an Equity Sales Director. Mark joined Arden in May 2017 to refocus and develop Arden’s Market Making and Trading desk using over 25 years trading experience across a full range of Equity markets. Previously, he spent five years at RBC helping to build the Equity business and prior to that was an MD at Citi, holding senior positions on the trading desk. Mark has also held trading desk positions at HSBC and Natwest markets and has a wide experience of trading both small and large cap stocks across UK and European markets.

With a keen interest in English Literature and Performing Arts, Emilie completed her A-Levels in 2015.  Having previously worked in the property sector as a lettings negotiator, Emilie joined Arden in December 2018. James is a Business Economics and Accountancy graduate of Southampton University. He joined Albert E Sharp in 1992 in their private clients unit working on the unit trust and fund management desk. In 1995 he moved to become an equity sales director selling small-mid cap stocks to UK investing institutions.

James is a founding partner of Arden from inception, joining in 2002 as Head of Equity sales, and served as CEO from 2012 to 2017.  He is now Head of ECM, managing and developing key client relationships. Charlotte joined Arden in 2016 following seven years at CLSA where she focussed on the organisation and management of deal /non-deal roadshows and conferences across the UK and Europe for Asia-Pacific listed companies, ranging in size from small to mega cap. Paul joined the UK Small Cap team at UBS Limited in the mid 1990s, covering M&A and Equity Capital Markets across all sectors including resources companies. He is an experienced Nominated Adviser and joined Arden Partners in 2017.

Akhil joined Arden in November 2020 from St. James’s Place Wealth Management.  During his time at SJP, he focused on executing transactions in capital markets and helped look after the Group’s external funding.  In addition, he worked directly with a number of small and medium sized businesses to enact their strategic plans, both financially and operationally. Andrew joined Arden in 2018 having spent 10 years covering Media, Utilities and Industrials at Citi, and most recently in Investor Relations at Experian. He is a Chartered Accountant and holds a MEng in Computer Science from the University of Bristol. Dan has over 10 years of City experience specialising in Oil & Gas. He began his career working in M&A at Rothschild, before moving to Arden in 2010 as Oil & Gas analyst. Dan is responsible for Arden’s Oil & Gas research product and is a CFA charterholder. Having previously worked in the Housing and Recruitment sectors, Elvia has worked within Financial Services for over 25 years, joining Arden Partners in 2003.

Alison joined Arden in 2020 and has 13 years’ experience as an equity research analyst. She began her career at UBS before leading the Real Estate Equity Research teams at Liberum and Investec. More recently she worked for an Investor Relations Advisory practice. Alison has a BSc in Physics from the University of Exeter.

Nick joined Arden in November 2020.  Previously he worked at Deloitte in their Transaction Services and Audit teams, where he qualified as a Chartered Accountant. 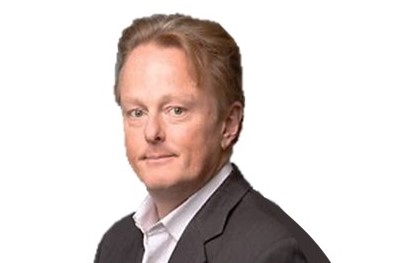 Sebastian has over 25 years experience working in UK small and mid cap equities, initially as a fund manager with Singer & Friedlander, before moving into equity sales. He has worked for a number of successful institutional brokers, most recently Cenkos Securities. Sebastian has also spent time working for a number of successful US technology companies.